Long before physical instructional manuals were replaced in favor of in-game tutorials and storytelling, there was the overlay.

The overlay; an almost forgotten accessory that used to be included with many games for second-generation video game consoles (1976 to 1992) like the Intellivision, Odyssey 2, Colecovision, and Vectrex. Overlays are thin, credit-card-sized plastic accessories that enhance gameplay by providing context, color, and commands by slipping over controller buttons. Larger overlays were even designed to fit over keyboards and entire screens.

Curious to learn more? Here’s a helpful video for a better look at controller overlays. As mentioned there were also screen overlays for consoles like the Magnavox Odyssey and Vectrex. These Odyssey TV commercials clearly show the various overlays in use which add color and context to games that were basically different versions of the famous Pong.

Were any of these overlays ever localized? Thanks to a Redditor, I managed to track down this list of Intellivision games that were sold in Brazil through what seems to be Mattel’s (the maker of the Intellivision) Brazillian distributor, Digiplay. As you can see, boxes and overlays were localized, although not completely with some of the text still left in English.

Here are a few examples with side-by-side comparisons of the original US released overlays and the Brazilian Digiplay releases. The US originals are part of my own collection of retro video games. 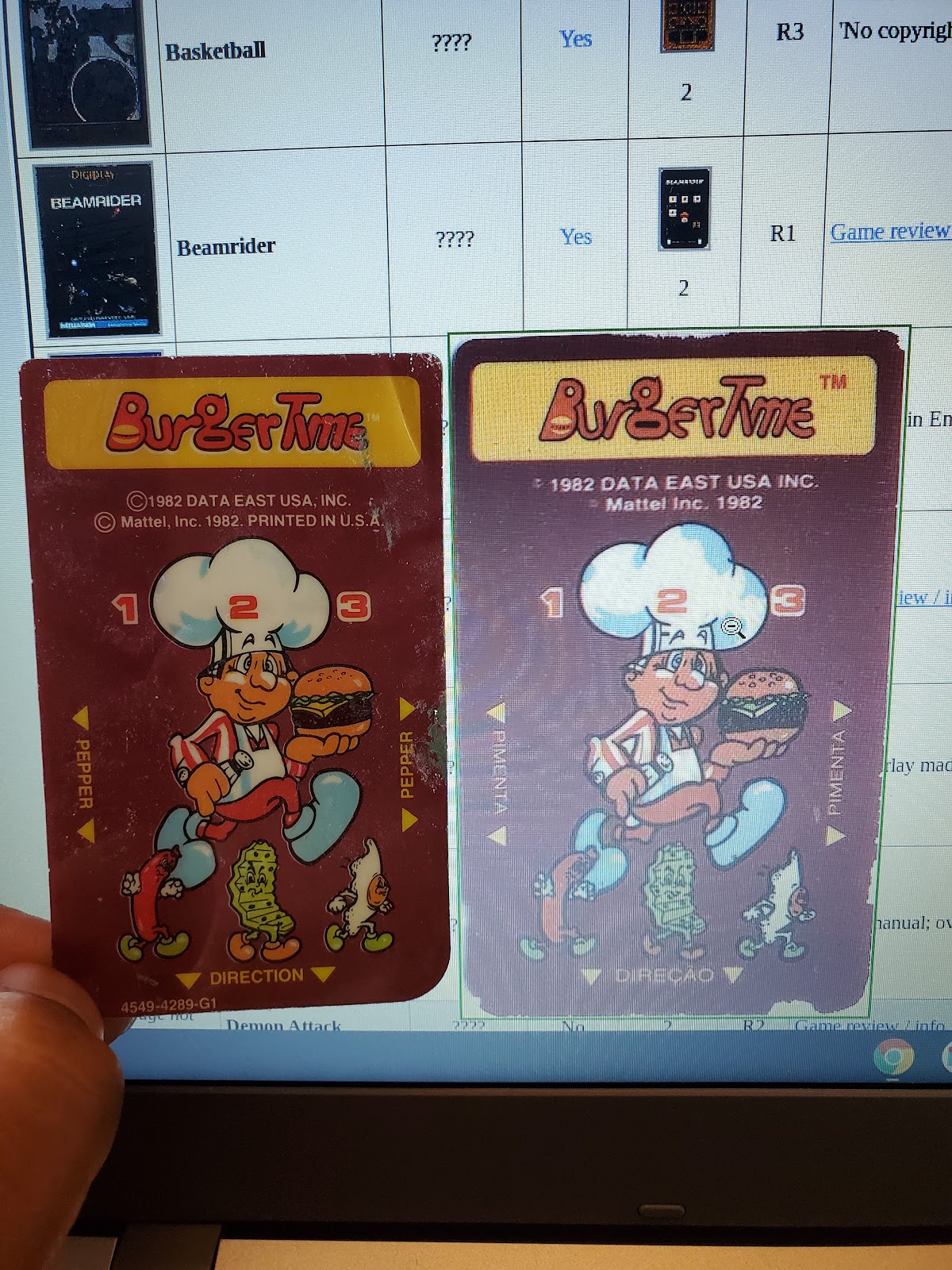 As you can see, not a lot to translate here, and everything seems in order. Only a few buttons are being used in this game, so the localizers were left with plenty of space to work with. It does appear that the font has changed slightly to most likely accommodate special characters.

Things are a bit different with these overlays. The name of the game was left in English which could have been easily translated, but all other commands/inputs were translated. A different font was again used in the Digiplay version, which perhaps indicates they were expecting some challenges with space on the overlay. Additionally, the seams on the three tennis balls are also thinner and again could have been anticipated changes for the translation.

A very busy overlay stylistically and along with the name of the game, it appears they forgot to translate the entire lower section of the overlay. Space is not an issue since “claro” and “entrar” could easily fit where “clear” and “enter” are positioned, so why the lower half was left as is will likely never be known. Hopefully it did not impact player experience too much.

Let’s have a look at another type of overlay, keyboard overlays which are possibly still used in PC gaming, but I want to focus on console gaming. The 1981 game Quest for the Rings and its Dutch version Speurtocht Naar De Ringen which came out in 1983 or later for the European version of the Magnavox Odyssey 2 known as the Philips Videopac+ G7400. The game was a hybrid video game and board game and came with a keyboard overlay map and even board game pieces. You can get a good look at it over here.

The US English version of the keyboard overlay for Quest for the Rings.

However, not all versions of the map were localized. The Dutch version was not, although the instruction manual was translated (thanks to @colonelfalcon on Twitter for help confirming this). And as you can see in the link above, the overlay was translated for the French version of the game, La Quête Des Anneux. It could be that the decision to not translate the overlay for the Dutch market was because of their high proficiency in English, but it is perhaps a strange decision for Philips, a Dutch company. The overlay was also further localized by being made smaller to fit on the scaled-down keyboard of the European version of the Odyssey 2.

The French version of the overlay for Quest for the Rings. Note the much smaller size.

Finally, let’s have a brief look at a game for Atari’s last console, the Jaguar, released in North America in 1993, and the overlay for Wolfenstein 3D. Besides the game featuring Nazi symbols and thus being well-known for being banned in Germany, the Jaguar overlay also features blood splatter. Needless to say, Wolfenstein 3D carried a mature rating in most, if not all territories at the time, but what changes would have to be made to the overlay for different markets if the game was to be released today?

Before you think that localizing for overlays is a thing of the past, consider that games for the Intellivision, Vectrex, Jaguar, and Colecovision (13 games released last year for it alone) are still being unofficially released in a robust homebrew scene. I’m not sure how many are actually being localized, if at all, but hopefully, some are and gamers get to keep enjoying and collecting these unique accessories.

Additional photo of some of my collection of Intellivision overlays below 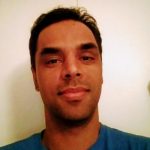 Paul Roberts recently participated in the Game Localization Master Class and used to work at Localization World where he helped market game localization events. He is a collector of retro video games and is trying to make a career change away from digital marketing to game localization. If you have any memories of using video game overlays or want to discuss retro games in general, he can be reached on LinkedIn.

Secured By miniOrange
Go to Top