Do You Speak BBQ?

In this week’s article, Loreto tells us about her team’s experience localizing LEVEL-5’s Yo-kai Watch to cater to an English-speaking audience. This article originally appeared in the March/April 2020 edition of Multilingual Magazine. 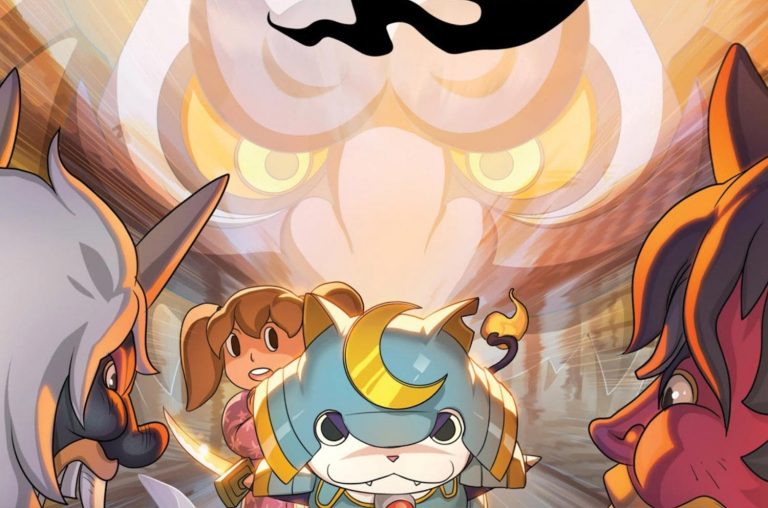 The first Yo-kai Watch game was released in Japan in 2013. The Japanese sequel, released in 2014, had two different versions: Yo-Kai Watch 2 Honke (known as “Fleshy Souls” in English) and Yo-Kai Watch 2 Ganso (“Bony Spirits” in English). These two versions expanded the series considerably, including new Yo-kai characters, locations and a time travel element to boot.

What’s more, since its inception, Yo-kai Watch has been featured in a range of top-grossing films, anime, manga, and toys. However, more than keeping consistent with the existing releases, our team was localizing Japanese folklore. Yo-kai is a class of supernatural monsters, spirits, and demons embedded in Japanese culture. It’s this folklore that makes up the basis of their mythology, Kojiki: Record of Ancient Matters. Given the significance of this heritage, the pressure to get even the smallest nuance right was vital!

Getting to know the characters

During Yo-kai Watch 3, players meet over 600 Yo-kai characters. As you can imagine, this makes managing and adhering to a glossary for all the Yo-kai — which contained not just their names but all their characterization information — a mammoth yet necessary task.

This glossary kept track of details of every character from all existing intellectual property. What’s more, it had to be constantly synced to maintain consistency across Yo-kai games. This was an extremely labor-intensive process that included cleaning up inevitable inconsistencies and updating existing terms based on new information and client feedback.

The previous Japanese versions of the Yo-kai Watch games took place in a Japan-inspired location called Japon. Half of Yo-kai 3’s story is centered around Nate (the protagonist) and his family, who move from Japon to an American-inspired country.

For example, in the Japanese version, Nate struggles with the Japanese to English language barrier, which causes several linguistic and cultural misunderstandings for players to navigate. The scenarios were often portrayed with confusing English phrases appearing in characters’ speech. Of course, this wouldn’t make sense for the English version. Thus, the “BBQ accent” was born. So, instead of Nate being confronted with standard English, he was met with almost indecipherable speech patterns somewhat loosely drawn from caricatures of rural or Southern US accents. “Did you just move here?” was replaced with “Y’all jus’ a-move on ova hair?”

The BBQ accent was a creative solution different enough from the original standard English dialect to justify the existence of other elements in the game, too. What followed was a considerable amount of research to create a detailed and consistent accent that had to be clearly established before the localization could start.

In order to keep our fabricated Southern-inspired accent consistent, we created reference files to break down the BBQ accent in detail. Here’s an abridged guide to speaking BBQ:

All linguists were then tasked with the English localization and received a full induction on consistent rules for BBQ speech.

Throughout the project, communication between translators and revisers was constant and essential to creating a fully developed and consistent new world. Often, team members would raise specific questions in our internal chat system on how to “BBQ a sentence” for instance. These internal chat channels were a very useful tool for the teams, with each language having its own channel that spanned the translation and the localization quality assurance (LQA) teams.

In the English-language version, a dialect was created (top) to replicate a sense of foreign-language confusion (bottom).

The BBQ language spread to other parts of the game. By befriending a certain Yo-kai with interpretation powers (the Lionguist), Nate can understand the foreign language being used by the locals. For the Japanese version, this meant that most of the games could be continued in Japanese.

In English, however, even with the Yo-kai interpreter, we had the characters continue to speak with a moderate accent. So, although there wasn’t a difference in the Japanese version, for the sake of creating a fully fleshed-out world, the localization team made the decision to go the extra mile and have all the BBQ characters talk with an accent, albeit diluted from full-on BBQ.

FIGS localization was a different story

For the French, Italian, German, and Spanish (FIGS) localization teams, the location, and dialect issues weren’t such a problem because each game was originally based in their respective countries. For example, in the Spanish version of previous games, the main character lived in a Spanish-like country and everyone spoke Spanish.

So, the FIGS versions used regular English rather than BBQ English to recreate the same sense of bafflement in a new country.

While the FIGS translators and revisers weren’t challenged with creating a dialect for their respective versions in place of BBQ English, they were faced with translating from the BBQ dialect into standard English, which at times proved to be difficult.

Communication between teams pays off

Communication between all of the language teams was essential not just for translating BBQ, but also for creating dialogue that was both entertaining and relevant.

An example of this can be found in the scene where another character, Hailey, befriends Treetter, a tree Yo-kai that can only communicate through social media. Here, the localization team made use of the situation to introduce a number of jokes that were not present in the Japanese version.

The scale of the localization

Yo-Kai Watch 3 had over 1.6 million Japanese characters and kanji that needed translating into English, and more than 600,000 words to then translate into FIGS. The Japanese to English work comprised of familiarization, a full localization cycle, script preparation, and LQA. The entire process took 33 weeks, with LQA starting before the translation was complete. Similarly, LQA for FIGS commenced before the translation phase had finished. This meant that, even though the FIGS translation was started five weeks after English, the LQA for both projects were completed at the same time.

The keys to a successful game localization

Four key elements that were vital to this project’s success.

4. Open and transparent discussion is essential. Not just with your client but also with internal teams. When you start a FIGS translation long before the English one is complete, or LQA while the game is still being localized, working together as one is the only way to make a successful project happen. 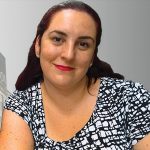 Director of Translation at Pole to Win

Loreto Sanz Fueyo joined PTW in January 2019 as director of translation after 13+ years of industry experience. She holds a BA in English philology from the Universidad Complutense in Madrid, an MA in comparative literary studies from Kent University, and an MSc in computational linguistics from King’s College London.